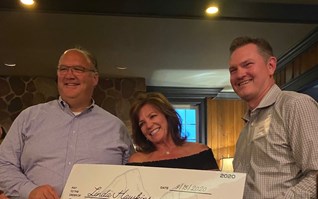 The award was established in 2020 to both honor its co-founder and current chairman, Paul Hylbert, and recognize an exemplary Kodiak business leader who embodies the culture that empowers local leaders to succeed in the communities they serve, while excelling in financial measurement categories, Kodiak announced.

Hawkins joined AO Door in 2009 and quickly grew through various positions to become its president in 2019. Among many financial accomplishments, Hawkins and her team produced the best return on invested capital and best profitability of all Kodiak companies.

As a servant leader, Hawkins runs a best-in-class operation, enabling her team of 40 to work autonomously, without fear of failure. AO Door is one of the leading distributors of commercial doors, frames, and hardware in the Dallas market.

Kodiak strives to be a best place to work and makes the time and resource investment to participate in employee engagement surveys. The most recent results at AO Door were unprecedented. Hawkins’ team was 94% engaged, when the industry high hovers around 90-92%. Out of five categories that were measured, Hawkins and AO Door were above 90% in four instances.

The Senior Leadership Team at Kodiak is pleased to recognize Linda’s management style and successes, which are admired throughout Kodiak, the company announced.